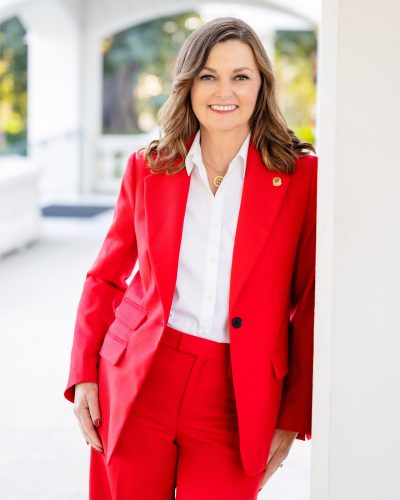 PASADENA, Calif. (Jan. 20, 2022) – The Pasadena Tournament of Roses Board of Directors has confirmed Amy Wainscott as President and Chairman of the Board for the 2023 Pasadena Tournament of Roses Association, providing leadership for the 134th Rose Parade and 109th Rose Bowl Game on Monday, January 2, 2023. Throughout her extensive Tournament of Roses career, Wainscott has served as chair on various volunteer committees including the first woman to chair Parade Operations; she leads the organization as the fourth female President of the Association. Amy Wainscott’s bio, available HERE. The highlight of the evening was Wainscott’s announcement of the 2023 Rose Parade theme, “Turning The Corner” and the surprising news of a design contest for the 2023 Rose Parade poster.

“The 2023 theme celebrates turning a corner. Whether that corner is actual or figurative like the unlimited potential that each new year brings—we all enjoy the opportunity of a fresh start,” explained Wainscott. “Turning a corner means rising above – alone, or with family, friends and community. This year, as we turn the corner together, we share in the hope, beauty and joy of what 2023 will bring.”

Traditionally, the President unveils a poster when the theme is announced. This year, Wainscott did not reveal a poster but instead revealed that the 2023 Rose Parade poster will be created through a design contest. All are encouraged to apply, the contest begins January 21, 2022, and is open to everyone – young artists, students, past parade participants, international fans – all submissions will be accepted. Selected design will be used on the official 2023 Rose Parade poster, as well as in various other forms of event promotion.

Jason Melillo elected to Executive Committee serving as President in 2030 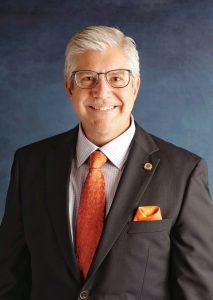 The Tournament of Roses also announced the 2022-2023 leadership and organizational structure.

Jason Melillo, who has been a volunteer member since 1991 and will serve as the Association’s President in 2030.  He will provide leadership for the 141st Rose Parade and 116th Rose Bowl Game on January 1, 2030. Full bio for Melillo available HERE.

Five at-large members are appointed to the Executive Committee and serve for two years. The outgoing at-large members, Zabrina Alibadbad and Tiffany Gardner, were thanked for their hard work and dedication to the Association. New at-large members Steve Arellano and Regina Major will join Cecil Griffin, David Thaxton and Susy Woo. Wainscott also announced the election of new members to the Tournament of Roses Board of Directors; Brian James and Tom McEntee.

Join us on Monday, January 2, 2023, to experience the awe and wonder of the floats, bands and equestrian units of the 134th Rose Parade presented by Honda.

The Tournament of Roses has had a “Never on Sunday” tradition since 1893, the first year the Rose Parade fell on a Sunday, and the tradition remains to this day.