PASADENA, Calif. (December 20, 2019) – The Pasadena Tournament of Roses ® is excited to announce that the 131st Rose Parade® presented by Honda on Wednesday, January 1, 2020 will include a mid-parade performance from the North American tour cast of Disney’s FROZEN, the hit Broadway musical currently playing a nine-week engagement through February 2, 2020 at the Hollywood Pantages Theatre in Los Angeles.

Stars Caroline Bowman (Elsa) and Caroline Innerbichler (Anna) will lead the entire North American tour company of FROZEN in an exclusive performance of “For the First Time in Forever” live at the intersection of Colorado and Orange Grove Boulevards. 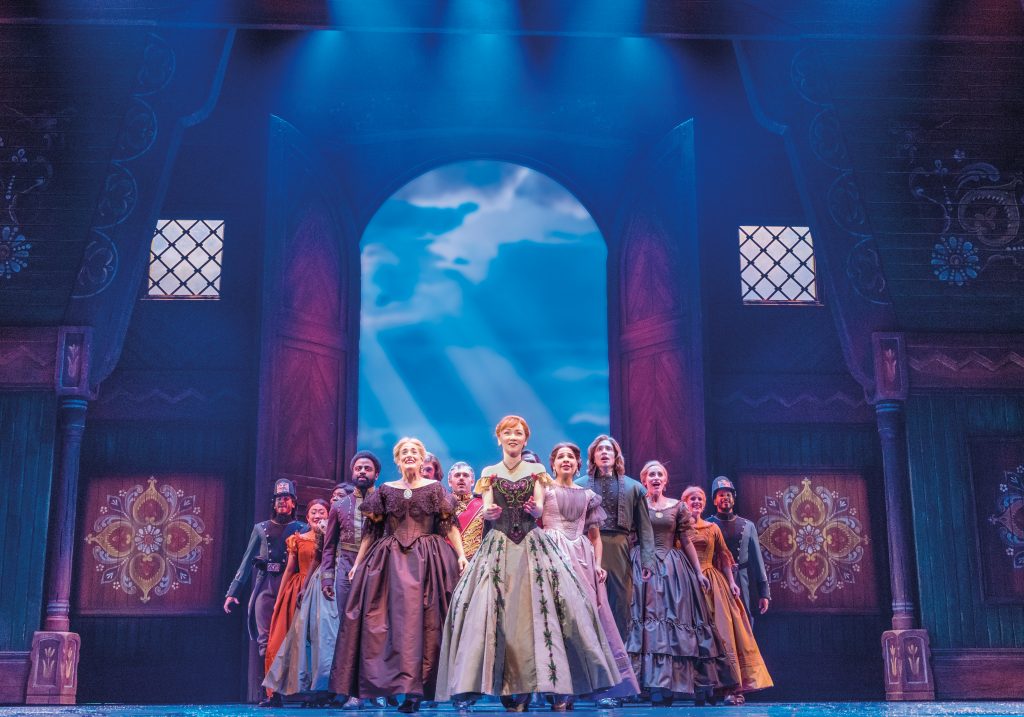 Following the performance, several of the show’s stars will continue down the parade route in a sleigh decorated by FTD, the Official Floral Company of the Tournament of Roses, and featuring California Grown flowers.

For millions of viewers around the world, the Rose Parade is an iconic New Year’s Day tradition. This year’s theme, “The Power of Hope,” celebrates the profound influence of hope in the world. Through hope, we can aspire to be our best and in turn, inspire those around us to reach higher. Join us on Wednesday, January 1, 2020 to experience the floats, bands and equestrians as they parade down Colorado Blvd.

“FROZEN blows into the Pantages with gorgeous singing, heartrending emotions, and a symphony of stagecraft,” raves the Los Angeles Times. The LA Daily News proclaims, “FROZEN is surprisingly deep, sweetly romantic, visually opulent, and plentifully humorous, stunningly bringing the movie to life onstage,” and ABC7 affirms, “FROZEN warms hearts with familiar characters, familiar songs, and so much more.” LA Weekly deems FROZEN “a cool show in more ways than one,” and The Hollywood Reporter declares: “Thawing hearts coast to coast!”

FROZEN, the Tony®-nominated Best Musical, has joined Disney Theatrical hits The Lion King and Aladdin on tour across North America. Heralded by The New Yorker as “thrilling” and “genuinely moving,” FROZEN has emerged as the biggest hit musical of the last two Broadway seasons, breaking four house records the legendary St. James Theatre, its New York home where it is currently celebrating its second smash year.

For more information, including a list of currently announced cities, visit FrozenTheMusical.com/Tour.

In addition to the North American tour and Broadway companies, FROZEN’s global footprint will soon expand to include London, Australia, Japan, and Hamburg.

A mysterious secret. A family torn apart. As one sister struggles with being an outsider and harnessing her powers within, the other sets out on a thrilling adventure to bring her family together once again. Both are searching for love, but they’ll learn that to find it they’ll have to look inside themselves first.

FROZEN is melting hearts on Broadway and across the country in an all-new production created for the stage by an award-winning team. It features the songs you know and love from the original Oscar®-winning film, plus an expanded score with a dozen new numbers by the film’s songwriters.

An unforgettable theatrical experience filled with sensational special effects, stunning sets and costumes, and powerhouse performances, FROZEN is everything you want in a musical: It’s moving. It’s spectacular. And above all, it’s pure Broadway joy.

FROZEN is produced by Disney Theatrical Productions under the direction of Thomas Schumacher.