PASADENA, Calif. (November 15, 2019) – The Pasadena Tournament of Roses ® is thrilled to announce the Opening Spectacular for the 131st Rose Parade® presented by Honda on Wednesday, January 1, 2020. This year’s theme, “The Power of Hope,” celebrates the profound influence of hope in the world. Through hope, we can aspire to be our best and in turn, inspire those around us to reach higher. 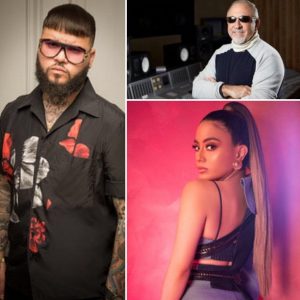 OPENING SPECTACULAR – “Reach for the Stars”

The 2020 Rose Parade Opening Spectacular exemplifies “The Power of Hope.” Featuring a song that was written and produced by the legendary producer and 19-time GRAMMY award winner Emilio Estefan. This inspiring, uplifting number embraces a wide array of musical styles including samba, rap and one beautiful melodic voice.  Written and produced exclusively for the Tournament of Roses, Estefan’s “Reach for the Stars” features one of the biggest and most popular Latin Reggaeton artists in the world – Farruko. Joining this 2019 Latin GRAMMY Winner for Best Urban Fusion/Performance, is none other than the sultry voiced singer Ally Brooke.  Brooke, the break out star of all girl group Fifth Harmony and currently competing on Dancing with the Stars brings her incredible music and dancing talents to the Rose Parade opening number.  Bringing it all together, adding additional energy to the streets of Pasadena, are immensely talented and six-time WGI World Champion members of the Chino Hills High School Drumline. The performance truly embodies America’s New Year Celebration.

For millions of viewers around the world, the Rose Parade is an iconic New Year’s Day tradition. Join us on Wednesday, January 1, 2020 to experience the floats, bands and equestrians as they parade down Colorado Blvd.