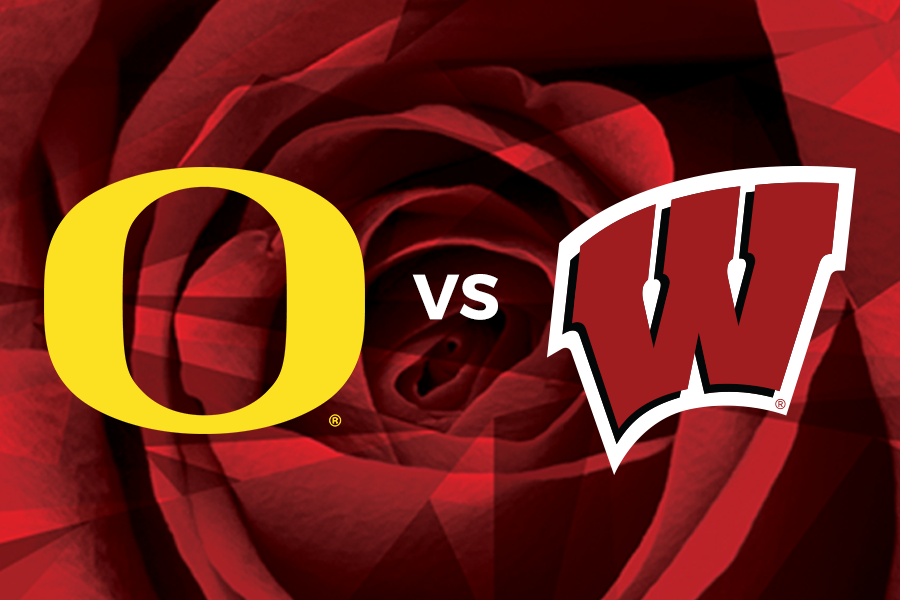 The 106th edition of The Granddaddy of Them All is a rematch of one of the most thrilling games in the last decade, the 2012 meeting of Oregon and Wisconsin.

On January 2, 2012, the Ducks and Badgers combined for one of the highest-scoring games in Rose Bowl Game history as Oregon won, 45-38. The teams combined for the most points in a half (it was 28-28 after two quarters) and Wisconsin was driving down the field to tie the game in the waning moments but ran out of time at the Oregon 25-yard line.

Eight years later, Oregon and Wisconsin will meet once again, in what should be a game that is quite the opposite of their previous meeting.

Wisconsin (10-3, 7-2 Big Ten) won the Big Ten West but fell to Ohio State in the Big Ten Championship Game, 34-21. Ohio State earned a spot in the College Football Playoff, so the Badgers, as the next highest-ranked Big Ten team, were selected to play in the Rose Bowl Game.

In contrast to their last meeting, this game could be a defensive battle. Both schools rank among the top-15 in the country in most major defensive categories. The Badgers are eighth in total defense and 10th in scoring defense, while the Ducks rank 23rd and ninth, respectively.

But as good as the teams are on defense, they have plenty of offensive firepower.

Oregon features one of the best quarterbacks in college football in senior Justin Herbert. A four-year starter, Herbert will surely go down as one of the best QBs in Oregon history. The Ducks have one of the most balanced offenses in the country as Oregon leads the nation with 19 different players who have scored a touchdown this year. That includes a trio of sophomore running backs, CJ Verdell, Travis Dye and Cyrus Habibi-Likio, who run behind one of the most experienced lines in the country, including Outland Trophy winner Penei Sewell.

Wisconsin is led offensively by two-time Doak Walker award winner, sophomore running back Jonathan Taylor, who has run for 1,909 yards and has scored a nation-leading 26 touchdowns. Paving the way for the Badgers rushing attack is a strong offensive line, led by center and Rimmington award winner, junior Tyler Biadasz. Junior receiver Quintez Cephus is Wisconsin’s primary receiving threat as he has nearly double any other players totals in receptions, yards and touchdowns.

The keys to this game will likely come down to discipline. The team with fewer penalties and turnovers will have the upper hand. Oregon ranks 97th nationally in fewest penalties, while Wisconsin is 18th. On the other hand, the Badgers have turned the ball over 18 times this season, while the Ducks have just 10 giveaways. Something has to give and the team that slips up could be on the losing end of this one.