ROBERT B. MILLER ELECTED PRESIDENT OF 2021 TOURNAMENT OF ROSES 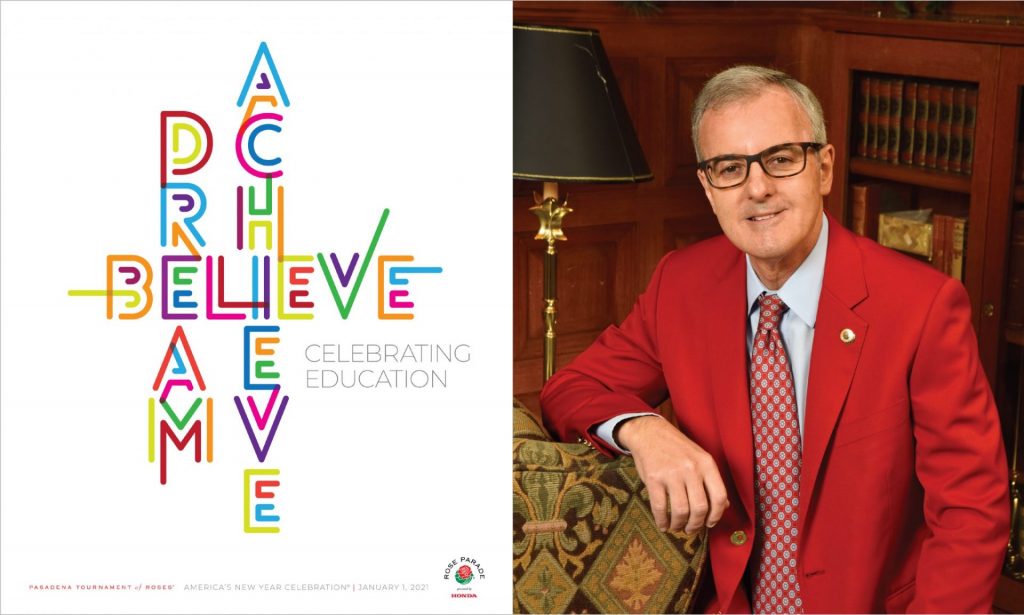 Miller announced “Dream. Believe. Achieve.” as the Pasadena Tournament of Roses theme; celebrating education’s ability to open doors, open minds and change lives. “Education paves the path to success with a world of opportunities achieved through knowledge, compassion and determination. Education is the great equalizer,” shared Miller. “As a community college educator, I have seen firsthand the life-changing miracle that education provides. As students visualize their future, education becomes the bridge to accomplish their aspirations and transform lives for generations to come.”

Miller has been a volunteer member of the Pasadena Tournament of Roses Association since 1984. He was appointed a Tournament Chair in 2002 and a Tournament Director in 2007. Throughout his extensive Tournament career, Miller has served on and chaired various committees including Float Construction, Float Entries, Post Parade and University Entertainment.

Professionally, Miller has been a Community College educator, administrator and consultant for more than 40 years and recently retired to provide fulltime service to the Tournament of Roses. In 2016, Miller was appointed to the position of Vice Chancellor for Finance and Resource Development for the Los Angeles Community College District, the largest community college district in the country serving 245,000 students annually through nine colleges. Miller provided oversight for the District’s fiscal services, business services, government relations, institutional advancement, career and technical education, adult education and information technology units.

Miller and his wife, Barbara, have lived in the Pasadena area since 1969 and have supported the community through a variety of organizations. They have two adult children, Christopher (Jackie) and Nicole (Matthew) and four grandchildren (Penelope, Nathan, Auggie and Christopher).

Serving as President in 2028 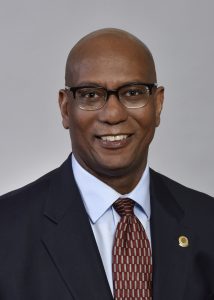 The Tournament of Roses also announced the 2020-2021 leadership and organizational structure.

Tournament of Roses Vice President Craig L. Washington, who has been a volunteer member since 2000, will serve as the Association’s President in 2028. He will provide leadership for the 139th Rose Parade and 114th Rose Bowl Game on January 1, 2028.

Washington was appointed a Tournament Chair in 2014 and a Tournament Director in 2016. He has served as Chair of the Queen & Court, Equestrian, Student Ambassadors and Formation Area committees, as well as Vice Chair of Decorating Places, Coronation, Kickoff and Tailgate committees. During this time, he has also served on the Tournament of Roses Foundation Board.

Professionally, Washington is a licensed Certified Public Accountant and California Real Estate Broker. He currently serves as a Regional Contract Manager for Jacobs Engineering Group Inc., one of the largest technical services companies in the world. Prior to his work at Jacobs, Washington was Founder and CEO of Equisource, a real estate brokerage firm that served San Gabriel Valley, which he operated for 20 years. Washington began his professional career in Public Accounting with Arthur Andersen’s Los Angeles office.

Washington has been an active community volunteer and leader. He was appointed by then City of Pasadena Mayor Bill Bogard and Pasadena City Councilman John Kennedy to serve as Chairman of the Northwest Commission. During Washington’s tenure on the Northwest Commission, he played an instrumental role in the development and opening of Heritage Square, a 70-unit senior housing complex, and the $20 million renovation of Robinson Park and Recreation Center located in northwest Pasadena.

Washington was born and raised in Pasadena and attended Pasadena Unified School District schools from kindergarten through 12th grade, graduating from Pasadena High School. Washington attended San Francisco State University and obtained a B.S. in Business Administration with an emphasis in Accounting.

Craig and Lorie Washington live in Pasadena and have one daughter, Drew Helen Washington, who served as the 2012 Rose Queen®.

In addition, the following officers were elected to serve with Washington on the 14-member Executive Committee: Amy Wainscott, Executive Vice President; Alex Aghajanian, Treasurer; Ed Morales, Secretary. Laura Farber, President of the 2020 Tournament of Roses, serves as Immediate Past President.